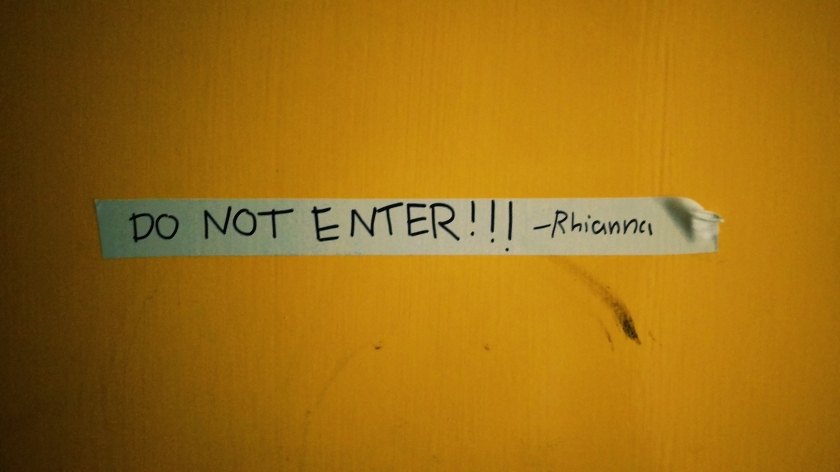 This week I spent some time with a few of the second year students at the National College of Art and Design Dublin to gain a bit of insight into Dublin’s up and coming creatives, ahead of their independent exhibition this Thursday.

What was it about fine art media that appealed to you?

“I was interested to see how technology, photography and film could be incorporated into a fine art course. “

Tell me about your upcoming exhibition…

“Well, my work has kind of stemmed from when I was working with an artist named Emma Hall about a month ago, on a performance piece about sexuality and gender and how they coincide and relate to architecture, in a very loose sense.  It has to do with sensuality and sexuality, as well as movement and space in architecture itself.”

What kind of mediums will  you be using?

“Photography and image transfer onto waste and recycled materials i’ve sourced from skips. “

How do you feel about the current art scene for young people in Ireland?

“I think that it’s a good place to be in but that there isn’t a huge amount going on that is accessible for everyone. If you want to go to art school you need to have money, if you want to put on an exhibition you need to have money, or be working amongst certain people. It would be nice if there was a bigger focus on community based art and creativity. But over all I think it’s good and progressing in a positive direction”

Tell me about your work for the exhibition

“Well, at first I originally wanted to base my work around my parents, but instead decided to go for an “installation” as they call it in the art world. I find it humorous and hopefully other people can get  laugh out it too. I based my theme on the funny ironic fact that I am a diagnosed coeliac and that I deliver Irish Pride bread with my aul fella every Friday night. I’m going to be using mostly bread and bread boards as my mediums for the show.”

What’s your opinion on the Dublin art scene at the moment?

“Its cool, but we’ve been hit severely with the cuts in education here at NCAD, and as well a lot of the independent creative art spaces such as Moxie Studios, Block T and the likes. It can be a depressing place at times, but hey that’s Ireland, you gotta keep smiling!”

What theme are you following for your exhibition?

“My pieces will be based on the topic of vulnerability”

“I think I chose it because throughout my life I’ve gone through a few tough experiences. I guess I’ve been forced to go through periods of vulnerability without my own consent in a way. I have to be mindful, and avoid putting myself under too much pressure and to take it easy. It’s a battle of allowing myself to be vulnerable but at the same time putting up a tough exterior, and questioning whether vulnerability is a weakness and then thinking about other peoples argument about that.

What types of medium will you be using?

“I’d hope that I would have been in a studio doing some work, possibly have some shows and then either participating in producing art or be part of a collective, or just being involved in art. “

What do you think of the current creative scene in Dublin at the moment?

“I think it’s good, and if you’re willing to look for it, you’ll find it!”

“It was because of the craft more than anything else, it’s very unique in that you are taught a craft that no one else knows how to use, such as copper plating with acids and screen print. I think a lot of people can branch out from print, into painting or sculptures for example, but will never loose that knowledge of how to use the presses and the craft.”

What kind of theme or inspiration will you have for the exhibition?

“I study a lot of human figures, like the naked body and what not, and at the moment I’m following the theme of repetition in my work. A lot of the the tutors here at NCAD think my work is very street based, as I like working large scale with symbols and logos. “

Would street based work be a direction you would like to go in?

“Yeah, but I like keeping my work anonymous, for example if I was drawing a figure I wouldn’t put the head on it, I wouldn’t give a personal profile to the drawing. Currently for the exhibition I’m using minimal lines of the shadow of a female figure, and printing the same lines again and again. I feel if you put a female figure in a room on it’s own, people might question it, but if you repeat the image over and over it sort of commercialises it in a way.”

What artists have influenced your previous work?

“At the start of the year I followed a wallpaper theme with a continuos row of figures together. I based my piece on Marina Abramovic and Ulay’s ‘Rest Energy’, that consists of a male and female leaning back and facing each other holding a bow and arrow, it’s all based on trust. I kept it anonymous by cutting the heads of, and used the theme of repetition which in turn commercialised it, and took away the original theme of trust/love.  I also love pop up and street art, I like how it can be controversial at times. Such as the work by Jean-Michel Basquiat. “

“I think it would be a good opportunity for me. If you’re going to make art, it’s good to move, you might as well dip yourself in other cultures as much as you can if you’re going to progress in art.”

YOU CAN FIND THE WORK CURATED BY THESE ARTISTS AND MORE AT THE STEAMBOX GALLERY THIS THURSDAY. MAKE AN EFFORT TO SUPPORT DUBLIN’S YOUNG CREATIVES AND GO CHECK OUT SOME ART. #SUPPORTDUBLINSCREATIVES

Here’s a link on where to find Steambox and a link to the event’s facebook page.